The Czerny-Turner arrangement is one of the most common designs for a spectrometer or monochromator. It consists of an input slit, a focusing optic for collimation, a dispersive element such as a grating or a prism, another focusing optic, and a detector or exit slit. An image of the input plane is formed at the exit plane, dispersed by wavelength.

A simple and common choice of focusing optics is spherical mirrors. However, the off-axis reflections on the spherical mirrors cause astigmatism, so that image in the exit plane is out of focus either horizontally or vertically. For example, if the entrance slit is replaced by a pinhole and illuminated with a spectral calibration lamp, then one should observe a pattern of spots corresponding to the various wavelengths: 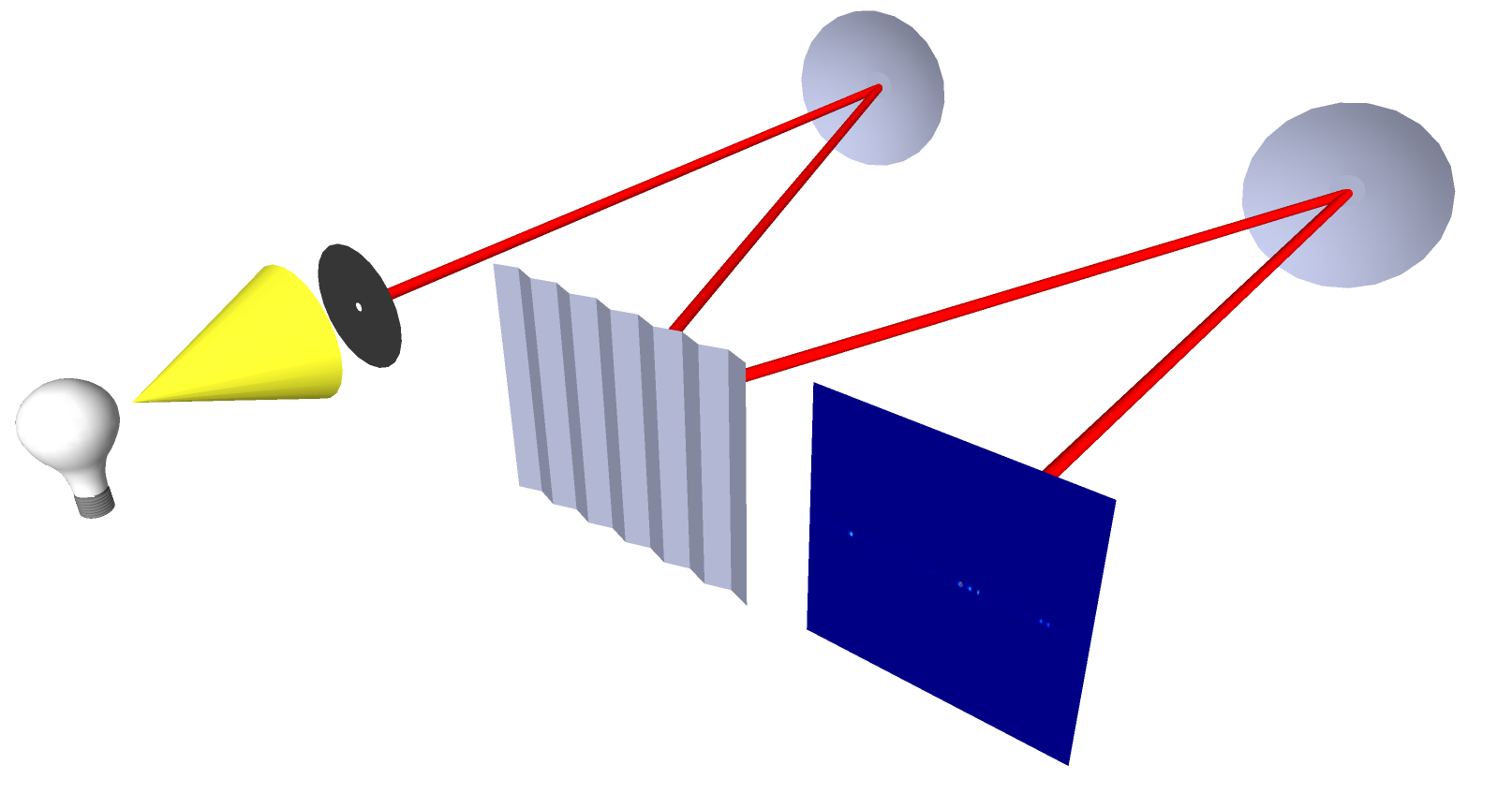 However, with spherical optics, one typically observes something like the following: 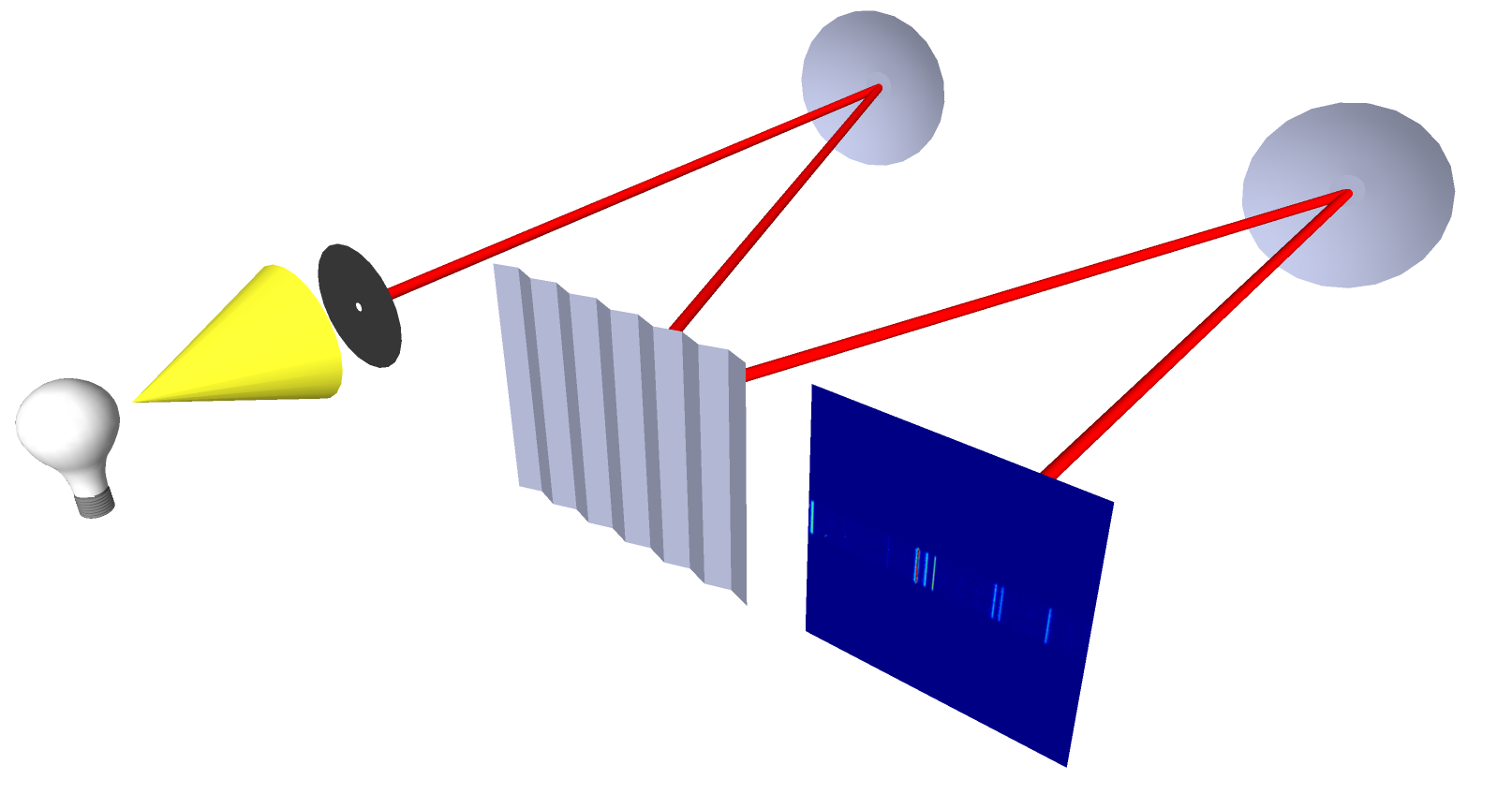 Correcting for this effect typically requires nonspherical or additional optics, or a curved grating. Alternatively one may use divergent illumination, in which the distance form the entrance slit to the collimating optic is reduced so that a divergent beam falls upon the grating. However, early work suggested that divergent illumination was only effective over a narrow band \( \Delta \lambda / \lambda < 0.03 \).

With Dr Tobias Witting and Professor Ian Walmsley, I showed that divergent illumination could in fact compensate for astigmatism over \( \Delta \lambda/\lambda\approx 0.2 \), a much broader range than previously thought. The trick is careful selection of distances and angles which enables the zero-astigmatism condition to be satisfied to first order in wavelength, rather than to zeroth order in the original proposal. The following figure, acquired on a spectrometer designed in this fashion, demonstrates the power of the technique. It shows a “spatio-spectral spot pattern”, produced by illuminating a pinhole with a spectral calibration lamp and scanning the pinhole in the entrance plane. Near diffraction limited performance is achieved over 100 nm. 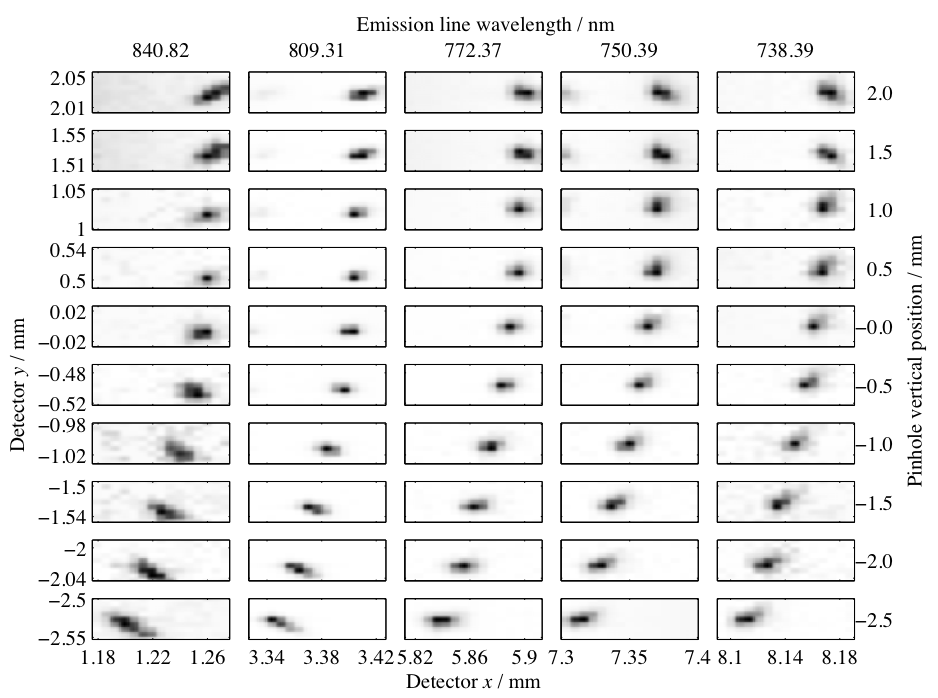